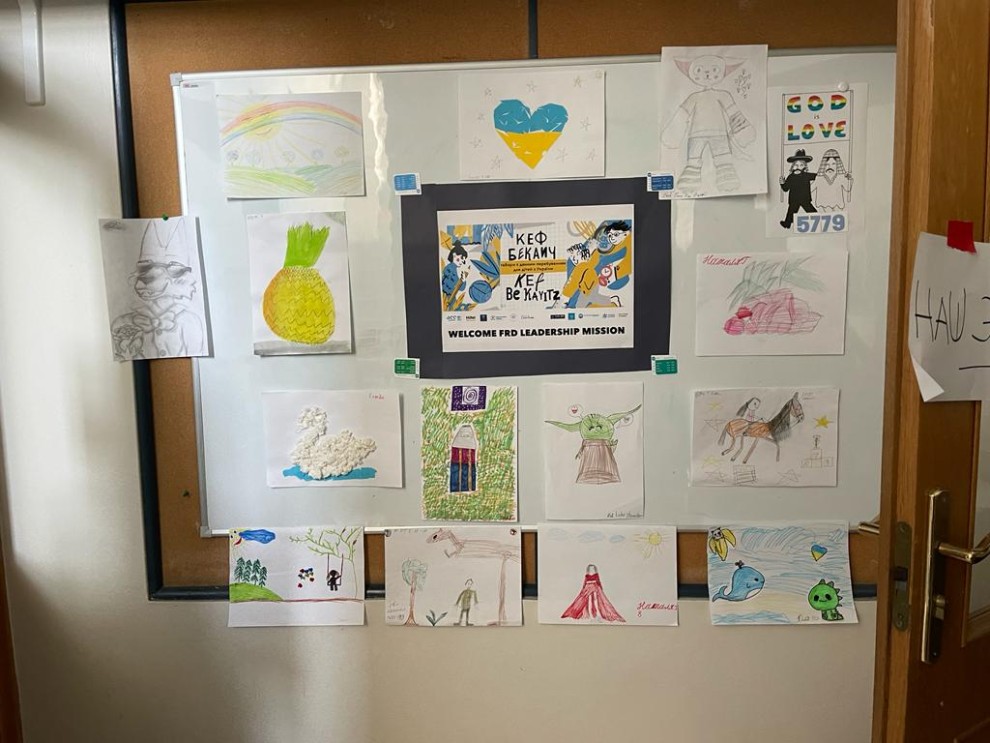 Jewish Federations of North America have begun to send their first cohorts of Russian and Ukrainian-speaking skilled volunteers from North America to support refugees in Moldova, Spain and the Czech Republic, expanding their volunteer program from Hungary and Poland.  The program’s expansion is in response to requests from partner organizations to provide on-the-ground support to Jewish and non-Jewish Ukrainian refugees in these additional countries.

In Moldova and the Czech Republic, volunteer educators and mental health professionals will support Early Starters International, an Israeli NGO focused on early childhood that operates centers for Ukrainian refugees. In Spain, the volunteers will be placed in Barcelona with the Jewish community’s progressive Comunidad Judia Bet Shalom, where they will provide Jewish content-based programming and emotional support to refugees in their native language.

Since the launch of the initiative last March in partnership with JDC (American Jewish Joint Distribution Committee) and The Jewish Agency for Israel, Jewish Federations have placed over 100 volunteers on assignments in Poland and Hungary with JCC Warsaw, JCC Krakow, the Office of the Chief Rabbi of Poland, the Galicia Jewish Museum and other local partners. The Volunteers, who are mostly former refugees who fled the Soviet Union decades ago, have hailed from 17 U.S. states and 4 Canadian provinces.

Jewish Federations have raised $80 million for humanitarian aid for Ukrainian refugees since fighting broke out on February 24th, which includes a recent allocation for winter relief. In addition, earlier this year Jewish Federations, in partnership with the Shapiro Foundation, launched 2 grant programs to support partner human service agencies in their work to resettle displaced Afghans and Ukrainians in the U.S. and Canada.

“The Jewish community has always been at the forefront of the response to global crisis, outstretching our arms to Jews and non-Jews in dire need of support,” said President and CEO of Jewish Federations of North America Eric Fingerhut. “The response of our communities to supporting Ukrainians affected by the crisis - whether through philanthropy, advocacy, refugee resettlement or volunteering - is a reflection of our Jewish values that we live by.”