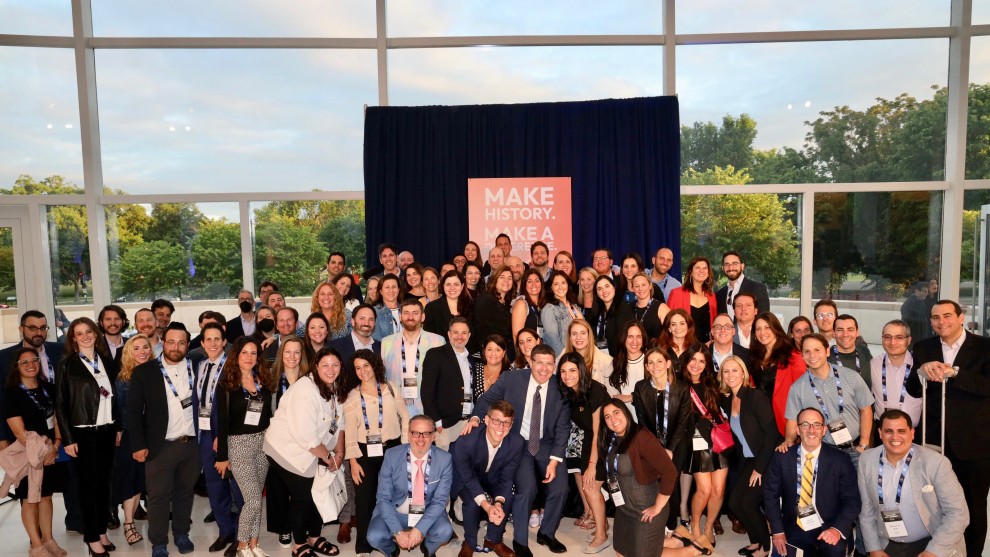 At a moment marked by unprecedented levels of antisemitism, 300 Jewish leaders and advocates from around the country gathered in Washington, DC for the Jewish Federations of North America’s Washington Conference to urge our nation’s leaders to combat antisemitism and hate crimes and increase funding for Jewish communal security. The group also advocated for expedited resettlement of Ukrainian refugees in their advocacy meetings with dozens of members of Congress and the Senate.

The historic Washington Conference first debuted in 1978 and was revived once again after a 14-year hiatus. Its return was propelled by a strong desire from young Jewish leaders to engage in hands-on advocacy to strengthen the Jewish community and effect change at such a critical time. The conference was hosted by Jewish Federations of North America National Young Leadership Cabinet, National Women’s Philanthropy and Advocacy Corps.

“I still remember lobbying with my peers at the Washington Conference 30 years ago when I was just beginning my path of communal leadership. I saw then the impact that individuals can have when they make their voices heard on Capitol Hill and I am proud to return today in this leadership position to continue to advocate for issues that will affect the Jewish community and humanity at large," said Mark Wilf, Chair of the Board of Trustees of Jewish Federations of North America, during the opening plenary.

During the two-day conference, Members of Congress and other thought leaders and public officials addressed the participants.

Senate Majority leader Chuck Schumer (D-NY) vowed to increase funding for the Nonprofit Security Grant Program. “Together we will continue to push for that $360 million [in nonprofit security funding]. We all know how greatly this funding is needed, with antisemitism unfortunately on the rise."

Senator Ben Cardin (D-MD) called on the international community to hold Russian President Vladimir Putin accountable for war crimes. "This is genocide. This is what we're up against, and Mr. Putin's not going to stop because of his failures on the ground."  He addressed the crowd and said, “Thank you for what you do, [even] before the Ukrainian crisis, in helping refugees around the world, including those that come to the United States. Your work is so critically important to make things happen in government. We can't do it without you.”

Ukrainian Ambassador Oksana Makarova spoke about the historic implications of the war. “It’s not just about Ukraine, this is a fight about democracy against autocracy.”

Israeli Ambassador Michael Herzog expressed hope about the prospects of Saudi Arabia making peace with Israel and joining the Abraham Accords. “We would love to see Saudi Arabia join,” he said. "I'm hopeful this will be achieved in due time."

Rep. Steven Scalise (R-LA) praised the bipartisan commitment in Congress for support of Israel’s Iron Dome Defense System. “It's not just Jews that would have been killed if you didn't have the Iron Dome technology, which is a great partnership between America and Israel that saves 1000’s and 1000’s of lives. But it's Jews, it's Arabs. It's Palestinians.”

Jewish Federations of North America President and CEO Eric Fingerhut who served in Ohio’s House of Representatives, closed out the conference by encouraging the audience to raise their voices in support of issues that matter to the Jewish community.