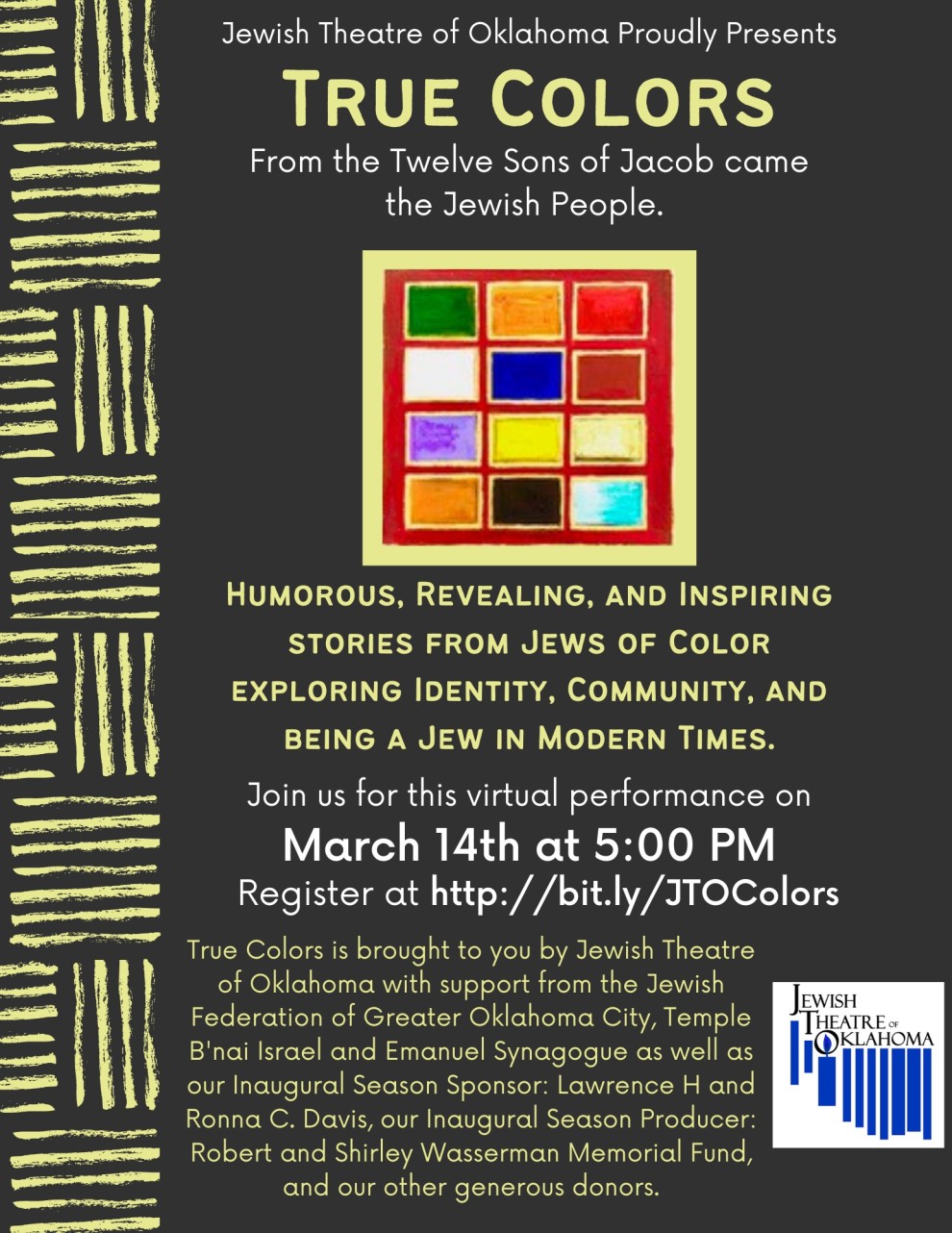 America's Jewish community was created by the twists and turns of history. It's nourished by the ethnic, racial, and cultural diversity of a myriad of worldwide Jewish identities and experiences. Jewish Theatre of Okahoma honors this diversity with True Colors, created by the Jewish Women’s Theatre of LA, True Colors is humorous, revealing, and inspiring stories from Jews of Color exploring identity, community, and being a Jew in modern times.

True Colors is brought to you by Jewish Theatre of Oklahoma, with support from the Jewish Federation of Greater Oklahoma City, Temple B'nai Israel and Emanuel Synagogue as well as our Inaugural Season Sponsor: Lawrence H. and Ronna C. Davis, our Inaugural Season Producer: Robert and Shirley Wasserman Memorial Fund, and our other generous donors.